Including information on country, number of inhabitants, specific challenges linked with migration and/or integration.

Baranya county in southern Hungary is part of the Southern Transdanubia statistical region and the historical Baranya region dating back to the 11th century. It is has a border with Croatia to the south. Besides the Hungarian majority, the main minorities are the Germans (approx. 22,000), Roma (17,000), Croats (6,000), and Serbs (500) out of approx. 370.000 inhabitants. Baranya county is the most southern county of Hungary. Apart from Budapest, the proportion of foreign citizens per thousand inhabitants is one of the highest in Baranya.

The number of foreign citizens residing in Hungary in 2020 was approx. 200.000 people with 65% coming from Europe. In terms of international migration, Hungary is a so-called transit country, as the final destination of immigrants is the Western European region. 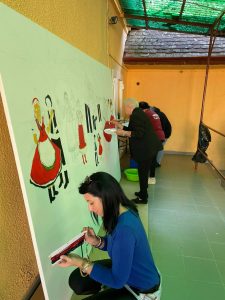 What, where, who? How will Third-country nationals be involved?

The campaign focused on solidarity and diversity. People living at the southern border of Hungary have always had a special relation to borders. An interview film with local people about their experience with immigration and refugee flows was shot on the 2-3nd of October 2021 as commemoration of the victims of migration. The film will be available soon on Cromo Foundation’s social media platforms and webpage (https://www.cromofoundation.org/clarinet/). On the 2nd of October 2021 we celebrated solidarity and diversity in Kásád (Baranya county), where  intercultural family programmes were awaiting locals, and a joint co-creative painting was created with a local Roma painter. Over 100 residents from Kásád and surrounding small settlements took part in the programmes. The local programmes were supported by a social media campaign on what hospitality means to Hungarian people.

The main event of the campaign took place on 2nd October 2021. 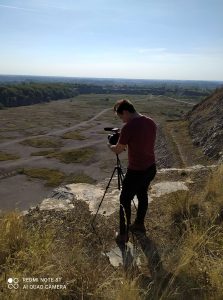