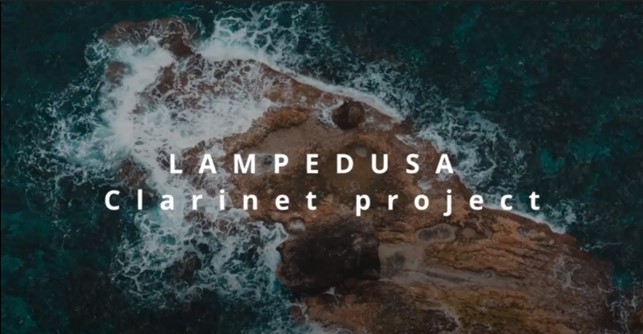 Lampedusa is an island and a world at the same time. A land between the sea and the sky, between Europe and Africa, it has always been at the center of human, cultural, linguistic and commercial movements. Its position is a destiny, that of being a landing place, a stop, a station on a journey for many, a place that is home for others. And the encounter between the former and the latter is the history and soul of this land. Lampedusa has no borders, accustomed to being like one of the boats of its fishermen, in the middle of the sea. In the last decades it has constantly been a key landing point for the migrants crossing the Mediterranean Sea to reach the European shores. A place that has shown solidarity, commitment and resiliency when facing a phenomenon bigger that its small local community, counting not more that 6.500 inhabitants, could have been able to face. 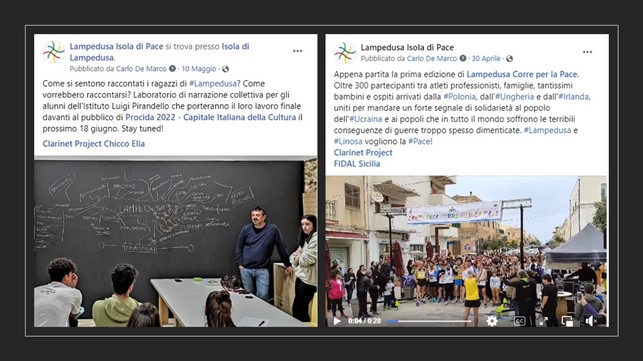 The aim of CLARINET Communication Campaign, “Isola di Pace” (Island of Peace) in Lampedusa has been to put at the center of the Island’s life the concept of Peace, meant in the broadest possible extension, starting with the support to the Ukrainian people and to all the human beings suffering the consequences of closer and more distant wars, up to the peaceful interactions within the local community whatever are the geographical, cultural and religious origins of the people being part of it. Lampedusani have been made reflect on how important the dialogue and mutual knowledge are, the centrality of the school with its pupils in creating the conditions for a better future, the role of sporting activities in uniting people.

The Campaign gave visibility to complementary events taking place during the three months of campaigning and, especially, to the implementation and local impact CLARINET’s Artistic Residency focused on the local school and the ability of the young citizens of Lampedusa to tell and represent the islands with their own eyes and ideas. The campaign’s conclusion has been indeed the presentation of the video edited by the resident artists and the high school pupils at the project final event in Procida on June 18. [2] 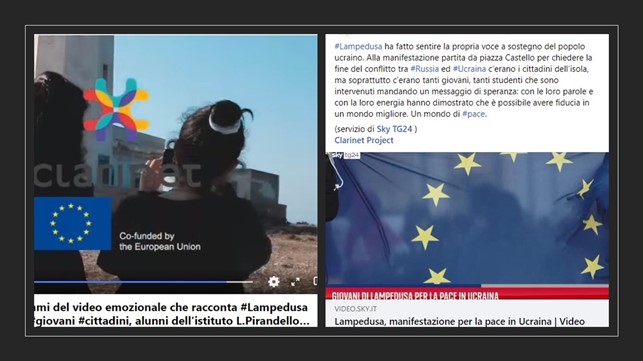 The main event took place on April 28, 2022, on occasion of the international Conference “Lampedusa, Island of Peace. The campaign has run in April, May and June raising the local community’s awareness on the concept of Peace