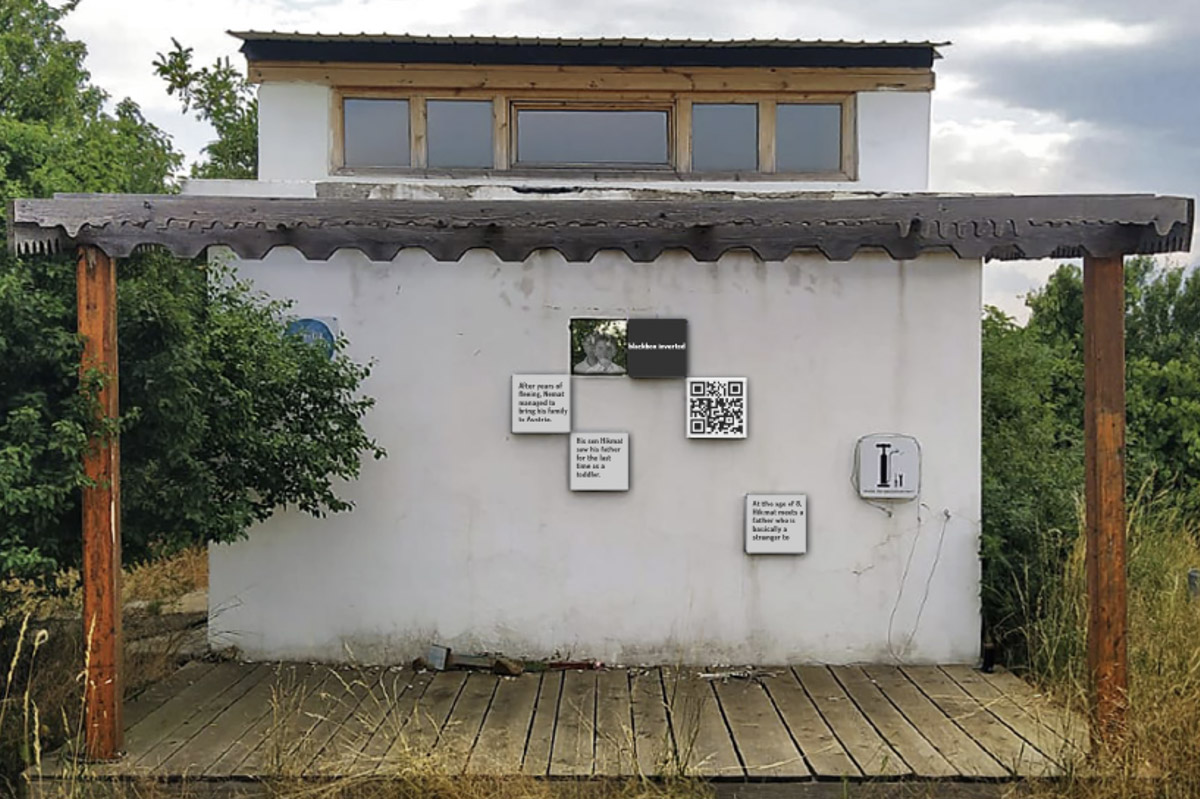 The municipality of Traiskirchen is located about 20 km south of Austria’s capital Vienna and has about 20,000 inhabitants. The city is known for its good wines and numerous wine taverns. One of two reception centers for asylum seekers in Austria is located here. Built as a cadet school, the building was turned into a refugee camp during the 1956 Hungarian uprising. Since then the crises of the world are reflected in the inhabitants: 1968 Czechoslovakia, 1973 Chile, 1982 Poland, 1989 Romania, in the 90s people from the Balkan, 1999 Afghanistan, later Iraq and Syria. The number of people is limited to 480. Often it is above that. In 2015 there was a peak of more than 4,500 refugees.

In the municipality of Traiskirchen, the communication campaign is centered on the opening of the video installation in mid-September (11/12 September 2021, simultaneously with the celebration of the 5th anniversary of the Garden of Encounters, which will also take place on these days) in the Atelier of Global Talents in the garden of Encounter.

In September 2018, this traditional hut in a vineyard near the refugee camp was rebuilt by Afghan masons on their own. Since then, it has offered a space as an event room for global talents to show and practice their skills.

Here are pictures of the renovation process 2018 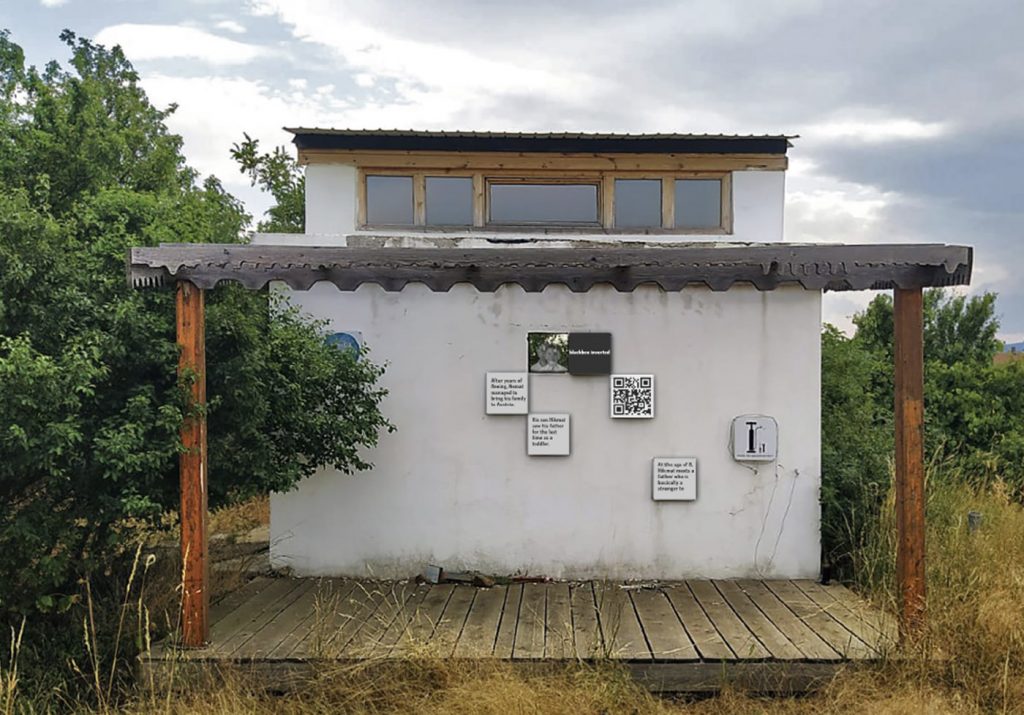 In the center of the main facade there is a small square window the size of a head, through these windows you can look through the whole room into the landscape behind.

Square boards the size of the window describe the project. A QR code on one of the boards leads to a webpage with further information and a film about the history of Nemat and Hikmat (the acutal video).

Close up with symbol text (actual text will be smaller in more detailed): 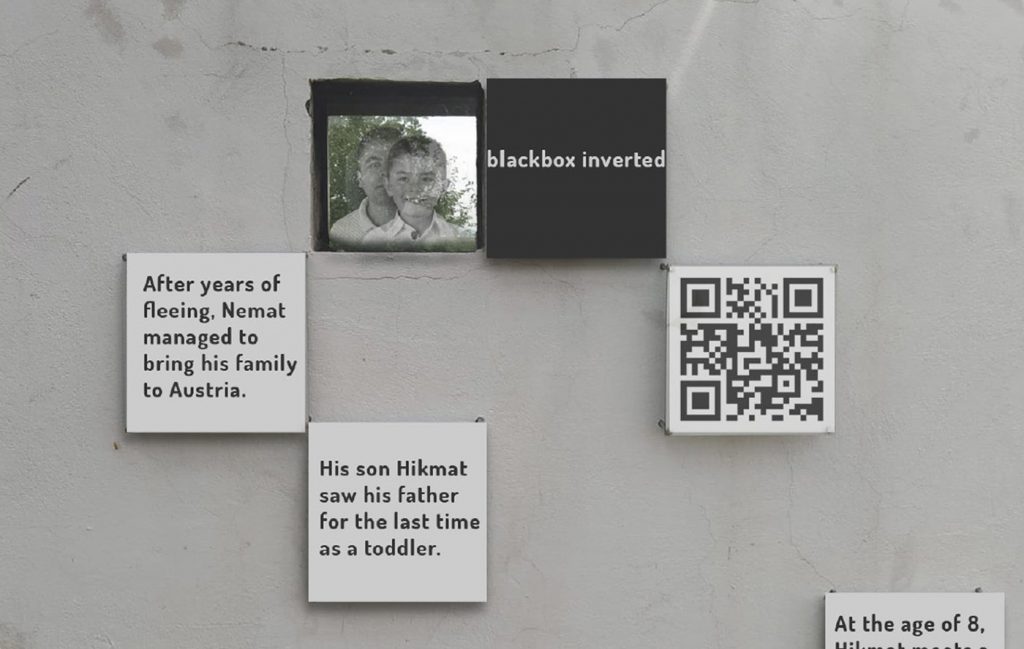 In the center of the room, two photos with portraits of Hikmat and Nemat are printed semi-transparent on acrylic sheets: We can look through the son and father to the landscape behind. 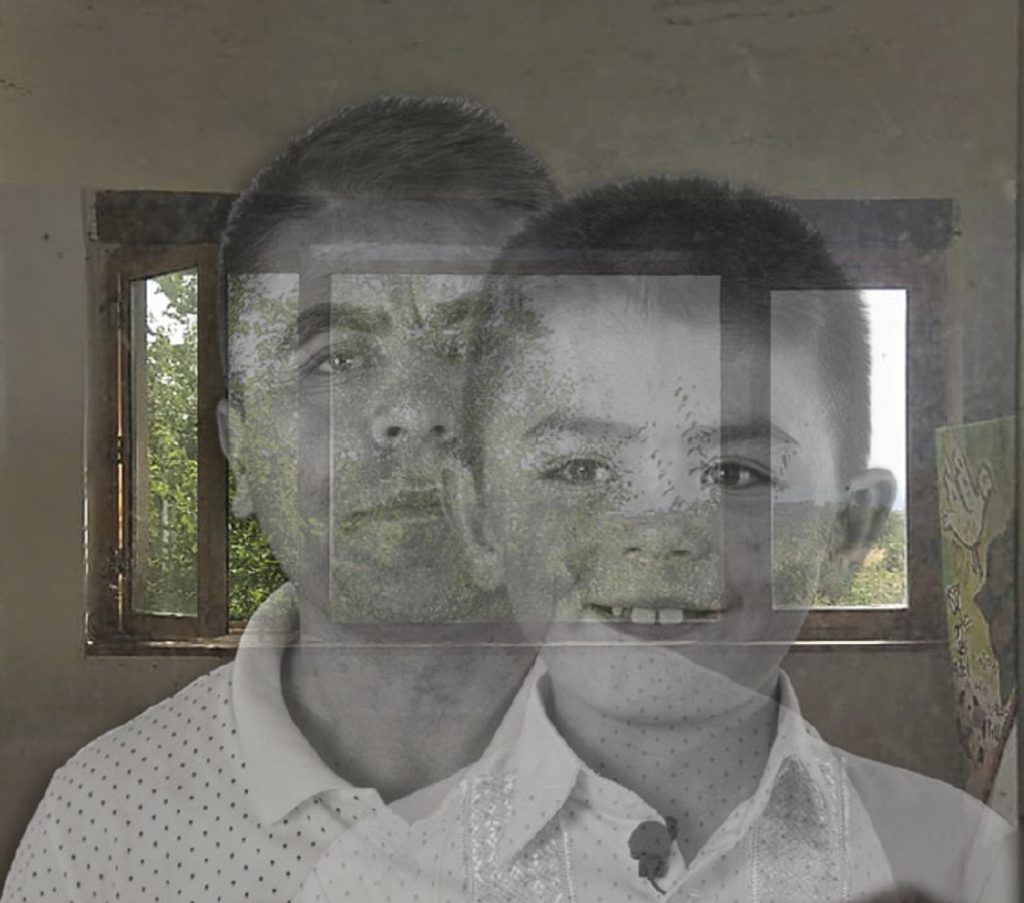 The communication campaign that leads up to the opening of the installation concentrates on the making of and invitation to the event itself.

Instagram, Facebook, Twitter, the municipalities community mail as well as the website of the municipality will be used to reach a wide audience. Press releases will target professional journalists. The event announcement will also be present in the video walls of the municipality, stickers with QR codes lead directly to the video produced. 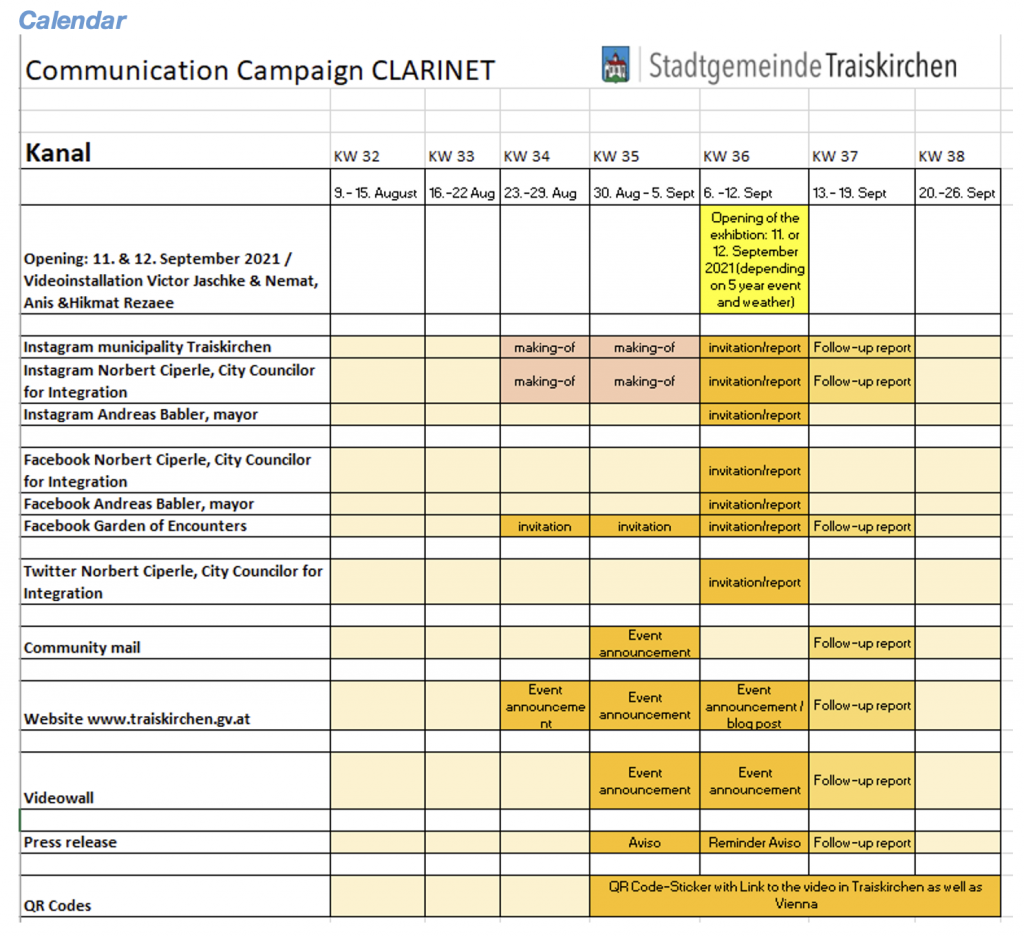